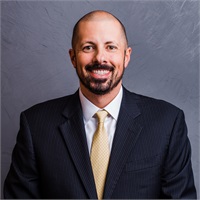 Stephen Michaels, RF, is a Principal, Registered Fiduciary and Financial Advisor at Smith Brothers Financial. His responsibilities include providing fiduciary advice to plan sponsors, overseeing the growth of the firm, supporting fellow advisors, and ensuring SBF adheres to its core values and service standards at all times.

Stephen’s career in financial services began in 2001 with Michaels and Tullio, LLC - which would later merge with Smith Brothers Financial. He grew up in the insurance world watching his father help countless individuals protect their assets, lifestyles and families. Stephen enjoyed the process and impact, which led him to pursue a career in financial planning. His specialities include corporate retirement planning, executive compensation and succession planning. Stephen is most passionate about understanding the needs of his clients and helping them achieve their wealth goals. He holds his Series 7, 66 and 63 securities licenses, and is a Registered Fiduciary (RF) by Dalbar.

Stephen lives in Glastonbury, CT with his two boys, Mason and Connor. He is married to Jennine, a pediatric audiologist in CT schools.  She also has two young boys, Gavin and Patrick, making a full house of future young men.  When Stephen isn’t in the office, he enjoys spending time with his family, coaching little league baseball and soccer, participating in the occasional swimming competition, and running the Pinewood Derby for his local Cub Scout Pack.